A couple of weeks ago, a powerful windstorm swept through Michigan and slammed our area with near record winds, which lasted all day.  Hundreds of thousands of homes and businesses lost power (over half a million, to be more precise). Emergency crews came in from surrounding states to assist with restoring the grid as a cold front made its way to our area.

Our home did not lose power during the windstorm, so imagine my surprise when around 2:00 pm on the following day, our power suddenly shut off. I shrugged it off as a temporary thing, due to the work being done to restore power to other areas, but became increasingly concerned as the hours passed.

Matt came home from work early. We only had a couple of hours of daylight left, and with it not looking favorable for our power to be restored, had to make the decision to either hunker down for the night in our cold house, or pack up our family of four (plus the dog) to drive two hours to my in-laws.’

We sat at the dining room table, eating our carry-out food by the last light of the setting sun shining through our window. I convinced Matt that we should stay at home, hoping that the power would be restored sometime during the following day. He reluctantly agreed, so I scurried to the basement to grab my bin of candles.

We decided to camp out together in the living room to stay as warm as possible. As Matt carried the futon mattress from downstairs and laid it on the living room floor, our four year old was absolutely dancing about with excitement.

The temperature had started to drop a tad, and feeling chilly, Matt suggested that I make us some hot cocoa since we have a gas stove. Now we were all in an adventurous spirit.

By the time the cocoa was ready, all four of us were in our warmest pajamas. It was completely dark outside now, but our home was filled with a lovely glow. Thanks to a large stock of Ikea tea lite candles I’ve been hoarding, our main rooms were well-lit.

We all grabbed our mugs of hot cocoa (well, except for our eleven-month old, David) and sat down together on the futon mattress. We laughed at our children’s goofiness and giddiness at the thrill of the whole event.

Matt and I stayed off of our smart phones, trying to conserve battery life. I was relishing the unexpected hours to be “unplugged” from our modern conveniences (which are also often distractions).

It was already past 7:30, when both of the kids are usually in bed. We all brushed our teeth by the light of two tea lite candles, blew out the remaining candles save one, and snuggled into our beds: I on the couch, David in the pack n’ play, and Matt and Makenna on the futon mattress.

I broke out my tiny book light to enjoy some quiet reading time. After several attempts at settling the kids, it was just after eight o’clock, and everyone except me was asleep.

A few chapters later, I set down my book and curled up under my blanket. As I watched the flame flickering on the wall, I suddenly noticed how quiet, how still, the world was. Not just our home with it’s sound-sleepers, but the whole neighborhood.

I couldn’t remember the last time I had encountered such quiet peace. Albeit gentle and soothing, even nature contains an array of sounds. Besides the sounds of deep-breathing from my husband and two beloved babes, the only sound I could hear was the faint tic-toc from our wall clock.

It was astounding, to live in the midst of suburbia and to suddenly find myself in the dark and the absolute stillness. It was a peace my soul needed desperately, and I didn’t know it until the moment it found me.

I lay awake for as long as I could keep myself, drinking in the sweet quietness. Even though our house was very slowly growing colder, I was filled with a warmth I can’t put into words. I don’t know when I’ll ever encounter such quiet and stillness again, but I feel certain it’s something I’ll need to deliberately seek out. I fell asleep thanking God for the beauty of that unexpected evening and the gift it turned out to be. 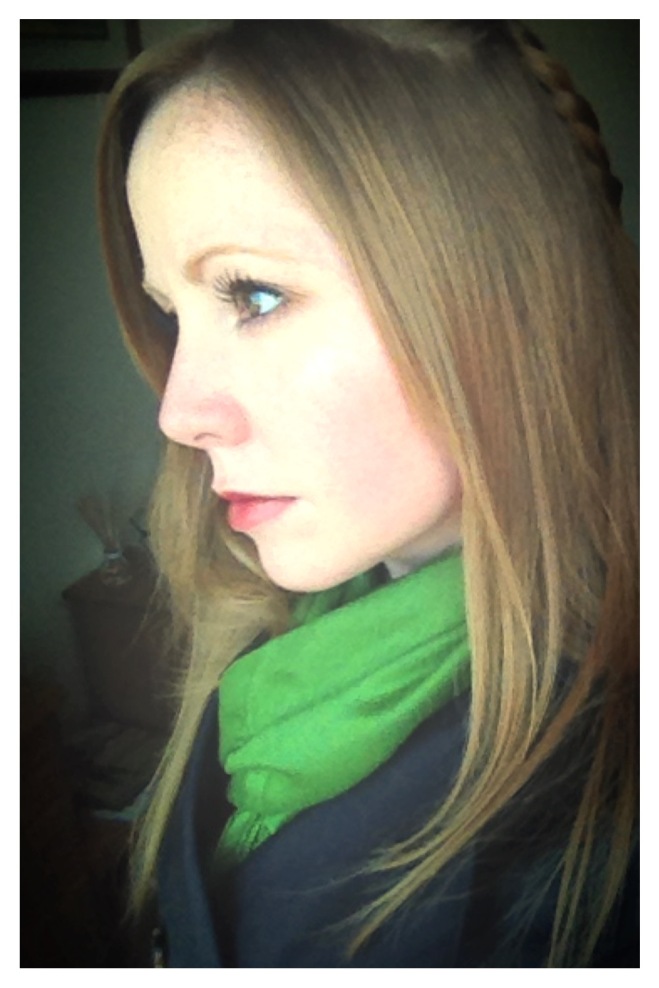